Why did the most abundant bird in the world go extinct in just 50 years?


In the 19th century, passenger pigeons numbered between 3 billion and 5 billion. It's thought that they were the most abundant bird in North America, perhaps even the world. When the birds were suddenly driven to extinction in a matter of decades, scientists knew hunting likely played a part in their demise. But why were such large flocks so vulnerable? Could there be more going on? Dr. Jemma Murray is a postdoctoral researcher at the University of California Santa Cruz. She and her team went searching through museum specimens for some clues. Dr. Murray welcome to the program.

First of all, tell me about passenger pigeons. What were they like?

They were sort of you know in some respects quite similar to the pigeons you see around, but they were sleeker. They were slightly more aerodynamic. And I think the most remarkable thing was that they flew in these huge flocks. The flocks, they apparently could number millions and even billions of birds. And so when one of these flocks flew overhead, they would be described as darkening the sky, so blocking out the sun. It was a pretty remarkable thing to see.

It's hard to get my head around that, about just how many birds there were. Where were they found?

So they were found across large swathes of North America, so the USA and Canada. The whole regions of East of the Rocky Mountains. They were a nomadic species, and so they'd go around in these huge flocks in search of food and habitat.

What do they eat?

They definitely liked nuts from forests, so acorns and things like that. But I think they would be very happy to eat people's crops as well. So I think they weren't particularly popular.

They're probably quite different from the pigeons today who like to eat garbage and chips and whatever else we throw at them.

Was there a difference between the males and females?

Yeah, there was sexual dimorphism, so the males had this sort of very reddish chest, kind of like a robin, whereas the females are slightly sort of lighter and duller colors.

Now there's a story about how the very last passenger pigeon died. Tell me about that.

The last known passenger pigeon anyway was called Martha. She lived in the Cincinnati Zoo. And so she died of old age at the age I think it's estimated 29 years old in 1914. There was a group of passenger pigeons that were sort of raised in captivity, and she was one of them. They realize the population was in trouble, and there were awards out there for people to provide males to breed with her because they really wanted to revitalize the population when they could. Sadly, she did not. She did not breed, and so she was the last living.

We hear of animals going extinct all the time. Why do you think the passenger pigeon gets so much attention?

It's just such a dramatic decline at first. Billions of individuals to go extinct in just a matter of a few decades is pretty unheard of. And so just sort of the size of this population and how quickly it went extinct is pretty shocking.

What were the ideas on why they went extinct before your study?

Well I think everyone realizes that they're definitely the main factor was humans. So we hunted them. There was this commercial level harvest of these birds. They were a really great and easy food source. Their flocks are so dense that if you shut off a rifle up in the air, several pigeons would you know just fall to the ground because they were just so dense. And they were also like caught in huge nets, and so they were transported across the country to feed people. And I don’t think people expected them to just go extinct like that. We are also cutting down forests at the same time as we are hunting this species, so we were destroying their habitat and some of their food sources. So other studies have suggested that, so that’s also potentially an issue.

And other people have suggested that passenger pigeons may have been sort of well adapted to living large population sizes. They were known to be really sociable species. They collaborated in finding food, and they also collaborated in rearing their young. So so maybe these sorts of behaviors, while they are really advantageous when their population was really large and really dense, maybe they they sort of made them struggle more when they were sort of hunting resulted in their population becoming a lot smaller and potentially sort of less dense and more disparate.

Oh I see. They needed safety in numbers.

Maybe yes so yeah likely as well so the large population size would have meant that it would protect you from predators.

Without us hunting them passenger pigeons we've got no reason to think that they would have gone extinct. But saying that, there's potentially some aspects of their ecology or their natural history which meant they were a little bit more vulnerable than they might have been otherwise and to a really rapid decline.

Dr. Murray, thank you very much for your time.

Thank you very much. It's been very nice talking to you. 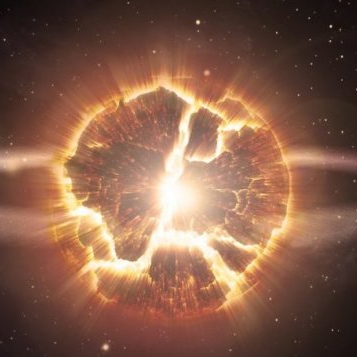