Harry and his classmates start attending classes at Hogwarts.

Ron: Whew, amazing, can you imagine the look on old McGonagall's face if we were late?

Ron: That was bloody brilliant.

McGonagall: Thank you for that assessment, Mr. Weasley. Maybe if I were to transfigure Mr. Potter and yourself into a pocket-watch, maybe one of you would be on time.

Harry: We got lost.

McGonagall: Then perhaps a map? I trust you don't need one to find your seats.

Snape: There will be no foolish wand waving or silly incantations in this class. As such, I don't expect many of you to enjoy the subtle science and exact art that is potion making. However, for those select few who possess the predisposition, I can teach you how to bewitch the mind and ensnare the senses. I can tell you how to bottle fame, brew glory and even put a stopper in death. Then again, maybe some of you have come to Hogwarts in possession of abilities so formidable that you feel confident enough to not...pay...attention.

Snape: Mr. Potter. Our...new...celebrity. Tell me, what would I get if I added powdered root of asphodel to an infusion of wormwood?

Snape: You don't know? Well, let's try again. Where, Mr. Potter, would you look if I asked you to find me a bezoar?

Snape: And what is the difference between Monkshood and Wolfsbane?

Snape: Pity. Clearly, fame isn't everything, is it, Mr. Potter?

Flitwick: One of a wizard's most rudimentary skills is levitation the ability to make objects fly. Uh, do you all have your feathers? Good. Now, uh, don't forget the nice wrist movement we've been practicing, hmm? The swish and flick. Everyone. The swish and flick. Good. And enunciate. Wingardium Leviosa. Off you go then.

Hermione: Stop, stop, stop. You're going to take someone's eye out. Besides, you\’re saying it wrong. It's LeviOsa, not LeviosA.

Harry: I think we're going to need another feather over here, Professor.

Ron: It's LeviOsa, not LeviosA. Honestly, she's a nightmare. No wonder she hasn't got any friends!

Harry: I think she heard you. 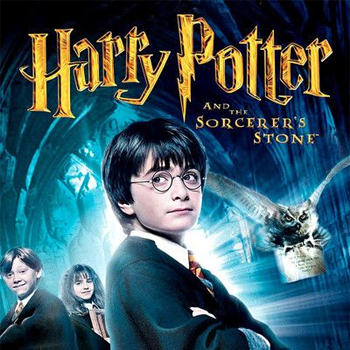