The Portuguese man o' war. It floats with the help of a gas-filled bladder topped by a vertical membrane. With that serving as a sail, it maintains a steady course through the waves.

Long threads trail behind it, some as much as 30 meters long. Each is armed with many thousands of stinging cells. A single tentacle could kill a fish, or in rare cases, a human.

But among its lethal tentacle lurks a man o’ war fish that feeds by nibbling them. Once this fish has some resistance to the stings, it must still be extremely careful. Most other fish are not so lucky.

A tentacle has caught this one and reels it in. It’s already paralyzed. Specialized muscular tentacle transfer the victim to other that digest the catch, liquefying it with powerful chemicals.

Eventually, all that is left is a scaly husk. 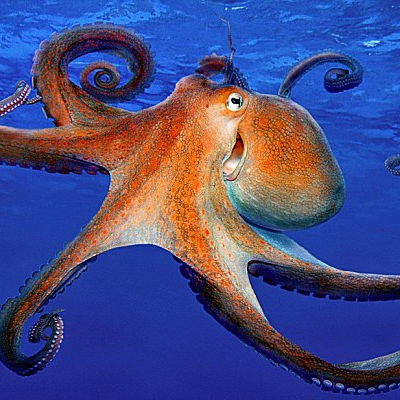